No Doubt, Lagos is the most exciting city to live in Nigeria with the city known to have the highest population in Nigeria. Additionally, Lagos is the commercial and entertainment base of the nation; thus, many entertainment and fun activities are known to occur in Lagos daily, especially during weekends. Lagosians work tirelessly during the week, as businessmen, government employees or any of many occupations that people engage in for money in Lagos. After an entire week’s hard work, they always look forward to their weekend because a weekend in Lagos has no dull moment. It’s a time for them to get away from the grueling everyday Lagos life.

In this piece, we put together nine interesting things Lagosians and visitors to Lagos engage in to have the most out of their weekends.

A Lagosian’s weekend is not over or complete without an Owambe. An Owambe is a Yoruba celebratory gathering where people gather to party overnight. Though it started as a Yoruba gathering, every Lagosian no matter, the ethnic group or country has adopted the Owambe culture as a way of letting off steam after the week’s stress. It doesn’t matter whether you’re invited or not, once you’re dressed well, Owambe is yours to enjoy. Lagosians are generous with parties. These owambe parties can be wedding ceremonies, child naming ceremonies, or just parties to celebrate good news.

Lagos has remarkable nightclubs you can hope to party in. Both young and old club lovers party hard and are found in clubs on most weekends.

Agidigbo night is a straight night of the legendary Agidigbo traditional Yoruba music. In Lekki and other Lagos Islands area of Campos, Lafiaji, Isale Igangan, and Isale Eko, Agidigbo has come to be known as a weekend of music laced with the traditional agidigbo music. This music is played by a piece which is a traditional plucked lamellophone producing very sonorous tomes. The piece is accompanied by sekere, or waka or an apala band.

If you’re a lover of indigenous African music, then you don’t want to miss these wonderful night events.

A Visit to the Beach

Undoubtedly, one way or the other, you’ve heard or seen the Lagos beach lifestyle. Lagos, as you know by now, has some of the best beaches in the world and Lagosians especially the Island dwellers never miss the opportunity of hanging out at these beaches. If you’re yet to visit Lagos, experiencing one or many of these public and private beaches is an experience you don’t want to miss.

Just like you may have noticed, the Lagos party life never ceases. Beer lovers, both young and old look forward to a weekend hangout at beer parlors where they can drink chilled bottles of beer and make jokes about the occurrences of the week. Typically, these bottles of beer go down with accompanying exotic African dishes like nkwobi, isi-ewu, point and kill pepper soup, suya, etc.

This is popular among people living in, or around Mushin. In these gatherings, aspiring local musicians thrill the audience on the streets to lovely music on Friday and Saturday nights. It is known that many Nigerian celebrities and Fuji stars are products of these gatherings which takes place in various joints on the mainland.

Lagos is one of the cities with the highest number of people from diverse communities of the world. During weekends in Lagos, the Igbos in particularly and other ethnic people love to connect with their people in the city, having fun and discussing issues concerning the protection of the interests of their people in the city. These meetings are also typical of a group of friends who come together to hang out on weekends.

Viewing centers are places where people go to watch football league matches and interact about the latest happenings in football and other sports activities. Lagos has many of these to keep soccer lovers entertained through the weekends.

Lagosians of different religions love to attend religious functions during the weekends. These include Jumat Service for the Moslems and Church Service for the Christians. Typically, on the last Fridays of the month, Christians usually conduct night vigils where they thank God for a wonderful year and pray for a prosperous month.

Stay Up To Date

Sign up to receive free updates from the Agent Focused. 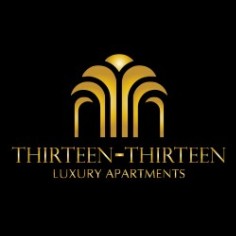 Connect with Us on:

YOUR HOME , AWAY FROM HOME.